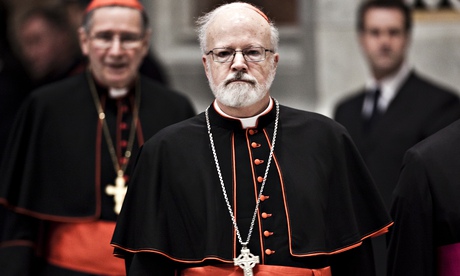 Cardinal Sean O’Malley is one of eight people named by Pope Francis to set up the child sex abuse commission. Photograph: Alessandra Benedetti/Corbis

Pope Francis has named the initial members of a commission to advise him on sex abuse policy, including lay and religious experts, and an Irish woman assaulted as a child by a priest.

The eight members, who are to start setting out the commission’s tasks and priorities, were announced on Saturday after Francis was criticised by victims’ groups for a perceived lack of attention to the abuse scandal. It has seriously damaged the Catholic church’s reputation around the world and cost dioceses billions of dollars in legal fees and settlements.

The Vatican announced in December that Francis had decided to set up the commission to advise the church on the best policies to protect children, train church personnel and keep abusers out of the clergy. But no details had been released until Saturday and it remains unknown if the commission will deal with the critical issue of disciplining bishops who cover up for abusers.

In a statement, the Vatican said the commission would look into both “civil and canonical duties and responsibilities” for church personnel. Canon law does provide for sanctions if a bishop is negligent in carrying out his duties, but such punishments have rarely, if ever, been imposed in the case of bishops who failed to report paedophile priests to police.

The eight initial commission members include Marie Collins, who was assaulted as a 13-year-old by a hospital chaplain in Ireland and has become a prominent campaigner in the fight for accountability in the church.

Also named was cardinal Sean O’Malley, one of Francis’s key advisers and the archbishop of Boston, where the US scandal erupted in 2002.

Two other members are professors at Rome’s Jesuit Pontifical Gregorian University, which in 2012 hosted a seminar for bishops to educate them on best practices to protect children. Several participants from that conference are now founding members of Francis’s commission, including Collins and Lady Hollins, a British psychiatrist.