ALLENTOWN, Pa. (CBS) — Authorities say a former pastor at a Roman Catholic Church in Emmaus, Pennsylvania has been charged with numerous crimes related to the possession of child pornography.

Officials say it is alleged that during the week of July 25, 2016, Msgr. John Stephen Mraz, 66, asked a friend and parishioner to perform maintenance updates to his laptop.

In doing so, officials say the parishioner, identified as “D.M.,” discovered files in the computer’s recycling bin depicting images of nude males.

Authorities say D.M. returned the laptop to the monsignor, who then asked him to upgrade another laptop.

Authorities say the images made D.M. uncomfortable, and he informed the Diocese of Allentown about what he found.

The Diocese promptly relayed the information to the Lehigh County District Attorney.

As part of the investigation, a search warrant was executed at Mraz’s residence in Emmaus. Devices were seized and submitted for digital forensic analysis.

Officials say the investigation determined that Mraz allegedly was the user who searched for and downloaded the files of child pornography and they say he did so for his own sexual gratification.

The Lehigh County District Attorney says Mraz, formerly the pastor at St. Ann’s Church, is charged with sexual abuse of children and criminal use of communication facility.

Authorities say both are felonies.

Additionally, he is charged with obscene and other sexual materials and performances, a misdemeanor.

The Diocese of Allentown released the following statement in part: ‘Monsignor Mraz was ordained in 1975. He was a professor at the former Reading Central Catholic High School, Allentown Central Catholic High School and Vice Principal and Director of Spiritual Activities at Marian High School in Tamaqua. He was chaplain at the Newman Center at Lehigh University and Assistant Superintendant in the Diocesian Office of Education. He was pastor of the former St. Bertha Parish in Tuscarora, at Assumption B.V.M, Northhampton and since 2008 at St. Ann Parish in Emmaus.

Monsignor Mraz has been removed from public ministry and cannot present himself as the priest. Because the matter is now in the judicial system, the Diocese will withhold until further comment.’

The Diocese of Allentown announced Tuesday that a monsignor accused of possessing child pornography has been removed from public ministry.

In a statement released following the arraignment of John Mraz, the diocese said Mraz cannot present himself as a priest.

The 66-year-old Mraz, who served as pastor of St. Ann’s Catholic Church in Emmaus, is accused of having “numerous” images and videos on his laptop depicting the sexual abuse of children.

Lehigh County prosecutors said the images were discovered by a church parishioner and friend of Mraz’s who was updating the priest’s computers in July.

The tipster informed the diocese, District Attorney Jim Martin said. The diocese immediately notified law enforcement officials and “cooperated completely” with the investigation, according to the statement.

Mraz, who is wheelchair-bound according to his attorney, is currently living at Holy Family Villa for priests in Bethlehem, and will return there on $50,000 unsecured bail, Martin said.

Because of the charges, the diocese declined to comment further about the case. The Rev. John Stephen Mraz, 66, was arraigned on charges of child pornography and related offenses.

Mraz served as chaplain at the Newman Center at Lehigh University and assistant superintendent in the Diocesan Office of Education.

Before he was pastor at St. Ann’s, Mraz served in the former St. Bertha Parish in Tuscarora, Pennsylvania, and at the Assumption of the Blessed-Virgin Mary in Northampton Borough, according to the diocese.

A monsignor at St. Ann’s Catholic Church in Emmaus is free on unsecured bail after being arraigned Tuesday on child pornography and related offenses.

The Rev. John Stephen Mraz, 66, surrendered himself Tuesday morning and was arraigned on charges of child pornography, criminal use of a communication facility, and selling obscene materials.

Bail was set at $50,000 unsecured. Mraz presently lives at the Holy Family Villa for priests in Bethlehem, and will return there, District Attorney Jim Martin said. 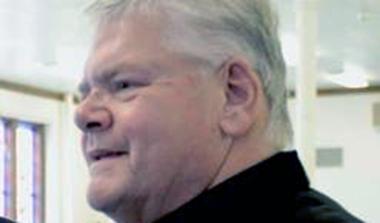 A person who answered the phone at the church at 415 S. Sixth St. in Emmaus said she didn’t know about charges against Mraz.

“I would ask that people not rush to judgment. Often times these situations with the Catholic church have happened in the past, but Monsignor Mraz is a separate individual not to be cast into a group of priests that may have done certain things,” defense attorney John Waldron said.

Martin said on July 25, the priest asked a friend and church parishioner to update his laptop, and the person discovered pictures of nude males in the computer’s recycle bin but gave the computer back.

Mraz then asked the friend to update a second laptop, and the man found files with names that indicated they depicted the sexual abuse of children, Martin said.

“These discoveries made him uncomfortable” and the man informed the diocese, which then contacted investigators, Martin said.

Martin said he personally spoke to the tipster, and lauded the man’s help with the investigation.

“While it was disappointing to him, he recognized he had a duty to report it and did so immediately,” Martin said.

“Numerous” files of child pornography were found on the laptops, Martin said, and forensic analysis showed that Mraz actively searched for images and videos of underage males engaged in sexual activity.

“This was not inadvertent,” the district attorney said, adding Mraz was interviewed by detectives.

Mraz is confined to a wheelchair, according to Waldron.

“Physically he’s ill and then also this is going to create quite a lot of anxiety for him at the present time,” Waldron said.

Waldron said he plans to have a forensic psychologist evaluate his client.

“At this point in time it’s my understanding that he’s still in active ministry with the church. I don’t know how or when or if that’ll change,” Waldron added.

Mraz was born in Bethlehem and attended Bethlehem Catholic High School and Lehigh University, according to a July 2005 Morning Call article.

Mraz served as chaplain at the Newman Center at Lehigh University and assistant superintendent in the Diocesan Office of Education. He served as pastor since 2008 at St. Ann Parish in Emmaus.

By Tony Rhodin | For lehighvalleylive.com

A monsignor at St. Ann Catholic Church in Emmaus is charged with child pornography and related offenses, according to court records.

The Rev. John Stephen Mraz, 66, was in the hospital on Tuesday morning, said a person who answered the phone at the church at 415 S. Sixth St. Mraz was pastor at the church.

At 10:30 a.m., Lehigh County District Attorney Jim Martin is expected to announce the results of a sexual abuse investigation involving a member of the Roman Catholic clergy and child pornography, his spokesman said.

The woman at the church said she didn’t know about charges against Mraz. She said he has health problems.

The results of the probe will be announced Tuesday morning, Jim Martin’s spokeswoman says.

A diocese spokesman has declined comment, saying a statement would be released later in the day.

An arrest warrant from Tuesday in District Judge Donna R. Butler’s court charges Mraz with child pornography, criminal use of a phone and selling obscene/sexual materials. The date of the offenses is July 25, court papers say.

Mraz was born in Bethlehem and attended Bethlehem Catholic High School and Lehigh University, according to a July 2005 Morning Call article when Mraz was named director of ecumenical and inter-religious affairs for the Diocese of Allentown.