United States: the Legion of Christ is called to the bench

The plaintiff attorneys seek to further show that the Vatican knew the priest’s paedophile inclination and that several of its officials, including popes, “conspired” to cover it up 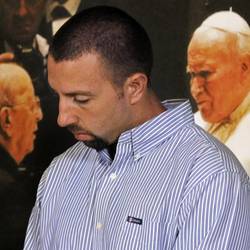 These are difficult times for the Legion of Christ. In addition to bearing the shame for the scandals of its founder, Marcial Maciel Degollado, and dealing with a profound internal reform, the congregation must also answer to the US court. They have been accused of negligence by the courts of Connecticut, within a lawsuit that seeks to bring high Vatican officials to the bench.

Such is the complaint filed on 27 July 2010 by José Raúl González Lara, biological son of the late founder and fruit of the priest’s love affair with Mexican Lara Gutierrez Blanca. According to the complaint, a copy of which is held by the Vatican Insider, Gonzalez Lara (born 1980) had suffered repeated sexual abuse between 1987 and 1998 by Raúl Rivas, one of the aliases used by Maciel.

Those attacks caused “fear” and “severe emotional encumbrances” on the youth, a situation which requires monetary relief, punitive sanctions and “any other appropriate sanction.”

Although the abuse allegedly took place in a private setting, where the accused was posing as someone else and was not identified as a priest, the applicants nevertheless accuse the Legion of being negligent and of failing to prevent the abuse.

The prosecuting lawyers (Jeff Anderson’s firm, that has won millions of dollars in suits against the American Church) seek to further show that the Vatican knew the priest’s paedophile inclination and several of its officials, including popes, “conspired” to cover it up.

But they may not succeed this time. Just last 30 August, Justice Grant Miller of the Hartford Superior Court, granted the removal of four of the seven counts of the complaint against the Legion’s institutions both in Italy and the United States. The other three counts carried on.

In fact, the original complaint included 12 charges, seven of which directly involved the Legion. The remaining five referred to Maciel’s economic assets, for which the judges have failed to find anyone to call to the bench.

Each of the parties gave a particular reading of Miller’s decision: while the representatives of the religious institute expressed their satisfaction for the removal of the charges, the accusers said to be satisfied for the advancement of the proceeding.

The counts of the complaint which were accepted were: “negligence,” “negligent retention” and “negligent supervision.” In these sections, the complaining party accused the Legion of knowing the abusive inclinations of their founder and of refraining from acting to prevent it, failing to enact rules against it or to remove him from his office. Members of the congregation were accused of having paid no attention to the abuse victims, including Raul, to prevent or reduce further damage.

This section also involved the Vatican and Pope John Paul II, arguing that, in 1989, former Legionary Juan Vaca sent a personal letter to the Pope asking for a dispensation from his vows to get married in a church.

This letter allegedly included the history of sexual abuse by the founder against him and others, while in 1993 the Congregation for the Doctrine of the Faith would have granted the waiver, without mentioning cases of paedophilia though.

“Between 1950 and 2002, Father Maciel, the preceding popes, the Vatican and its officers conspired to conceal Maciel’s crimes, including repeated sexual abuse of minors,” it argued.

Based on these arguments and some other documents, Lara’s law firm, who in 2010 demanded the Legion to hand over $ 26 million to avoid public disclosure, has already announced he will seek to prosecute senior officials of the Apostolic See.

For its part, the strategy of the Legion’s lawyers will include public silence and showing that, by ignoring the existence of a priest’s son, they could not have prevented abuse. In any case, the proceeding will continue, the plaintiffs may appeal Justice Miller’s decision, and, unless otherwise provided for, bodies of evidence will be collected on the three points accepted.

A state judge has upheld key elements of a lawsuit claiming that for years the Vatican ignored allegations of child sexual abuse by a priest who founded the Legionaries of Christ, a secretive Catholic order based in Connecticut.

The suit is being pressed by Jose Raul Gonzalez Lara, a Mexican who claims that he is the illegitimate son of his abuser, the Rev. Marcial Maciel Degollado.

In one of the odder twists in the still-emerging story of Maciel, Gonzalez claims that he was one of two children Maciel fathered with a woman in Mexico. Gonzalez said that Maciel was known to his family in Mexico as Raul Rivas and claimed to be a CIA agent and oil executive,

Gonzalez has said he did not learn that his father was a priest until 1997, when he was about 17. He said his abuse by Maciel began when he was 7 and continued for nine years. The victim was 30 when he filed the suit in June 2010. Maciel died in 2008.

In the legal decision last week, Superior Court Judge Grant Miller rejected arguments by the Legionaries and its affiliated organizations to dismiss the suit in its entirety.

Miller dismissed counts in the suit that claimed that the Legionaries knew or should have known of Maciel’s abuse. But the judge let stand counts in which Gonzalez claims that negligence by the order contributed to his abuse by Maciel.

New Haven lawyer Joel Faxon, who represents Gonzalez, said that he will issue subpoenas for senior Vatican officials in an effort to support the negligence case.

The suit claims that Maciel’s sexual abuse of children was widely known in the church for decades, beginning in the 1940s and ’50s, but was not stopped.

Craig Raabe, the lawyer representing the Legionaries, had no immediate response Wednesday to the decision in court. Previously, the Legionaries have declined to discuss the suit.