By Rebecca Camber and Paul Bantley and Paul Thompson

• William James Vahey, 64, killed himself in a Minnesota motel last month
• Flash drive had images of 90 boys apparently drugged and unconscious
• Included pictures of boys from Southbank, where he worked from 2009-2013
• Governor Sir Chris Woodhead says he felt ‘physically sick’ at the news

• Vahey confessed he was molested as a child and preyed on boys, says FBI

A paedophile teacher drugged and molested up to 60 boys as young as ten at a British private school after four decades spent abusing children around the globe.

William Vahey, 64, plied them with sleeping pills before carrying out his sickening attacks during class trips abroad, it emerged last night.

The married teacher appeared to have an ‘immaculate record’ when he started work at the elite Southbank International School in 2009. In reality, he had covered up a child sex conviction and spent 40 years abusing ‘hundreds’ of youngsters in nine countries. Predator: Paedophile teacher William James Vahey (pictured) drugged and molested up to 60 boys as young as ten at a British private school after four decades spent abusing children around the globe

Vahey committed suicide at a motel in the US last month – just days after confessing. The FBI had been poised to investigate a USB memory stick containing graphic images of 90 children who appeared to be asleep or unconscious while they were assaulted during field trips dating back to 2008.

The photos featured between 50 and 60 pupils at Southbank International in central London, where American-born Vahey taught ten to 16-year-olds history and geography and led trips to destinations such as Nepal and Venezuela.

Last night, distraught parents at the prestigious school favoured by foreign executives feared they may never know whether their children were abused because the victims had been secretly fed sedatives beforehand. Predator: Bill Vahey with his wife Jean – the executive director of the European Council of International Schools Sir Chris Woodhead, the former chief inspector of schools and chairman of governors at Southbank International, described the case as ‘the worst thing that I’ve ever been involved in in 40 years of education’.

Scotland Yard is now trying to formally identify Vahey’s victims, all boys aged between ten and 14.

Southbank International, which has 758 pupils and charges fees of £25,000 a year, revealed Vahey had been investigated over a previous ‘incident’ during his time at the school. But it claimed it was not pursued at the request of both parents and child.

Vahey underwent a Criminal Records Bureau check when he was taken on and another three years later. Both gave him the all-clear even though he had a child sex conviction in California dating back to 1969.

The father of two – who lived in a stunning £1.8million Georgian property in Maida Vale, west London, with his 66-year-old wife Jean – was highly respected in the private education community.

But unbeknown to teachers and parents, he had spent years hiding his conviction and did not sign the sex offenders register in the US.

Last night FBI investigators described his sordid activities as ‘one of the most prolific and heinous suspected sexual predator cases we have ever seen’.

Sir Chris said he felt physically sick at the abuse. He said it ‘beggars belief’ that Vahey was able to teach in the UK and at other schools in Indonesia, Saudi Arabia, Madrid, Athens, Venezuela, Iran and Lebanon despite his conviction.

One mother whose son went on a field trip with the pervert said: ‘I couldn’t sleep last night. I am shocked, very shocked. My boy is 13 now and his class teacher was Vahey. Even if they find my son in the photos, I would rather not know and just forget about it.

‘My son is very worried. He asked me “did I get molested?”.’ Another mother said: ‘Every teenage kid who went on those trips is asking, “Was it me?” They are scared and distraught, can’t believe it’s true, don’t want it  to be true.’

Vahey, who left Southbank International last year, was only caught after a housekeeper at a school he moved to in Nicaragua stole a memory stick containing the vile images. She was sacked, but months later went back to school administrators after viewing the USB stick and finding images of Vahey and sleeping nude  teenage boys. Life of crime: William James Vahey (pictured left in 1995 and right in 1986). He confessed to a colleague in Nicaragua that he had been molesting young boys for his entire life, the FBI said

The photos were catalogued with dates and locations that corresponded with overnight field trips that Vahey had taken with students since 2008.

When confronted, he confessed to using sleeping pills to abuse boys throughout his life.

Unremorseful, he said: ‘I was molested as a boy – that is why I do this. I have been doing this my whole life.’

TRAIL OF ABUSE: SCHOOLS WHERE VAHEY WORKED OVER 40 YEARS

The Tehran American School in Iran from 1972-73

The American Community School of Beirut in Lebanon, 1973-75

The Jakarta International School in Indonesia, 1992-2002

The Southbank International School in London, 2009-2013

According to an affidavit filed at the federal courthouse in Houston, Texas, Vahey insisted that he ‘never hurt’ any of the boys and that they did not even know what had happened to them because they were asleep.

But two days after the FBI filed a warrant to examine the memory stick, Vahey killed himself at the motel in Luverne, Minnesota.

FBI Special Agent Shauna Dunlap said: ‘It appears he was able to perfect his craft in such a way these children were unable to know what happened to them and unable to report it.

‘It is fair to assume there are many victims. The figure could be in the hundreds.’

Graham Lacey, executive principal at Southbank International, said Vahey was subject to a CRB check when he joined the school, which revealed nothing untoward.

Yesterday, Mr Lacey confirmed that 50 to 60 pupils had fallen victim to the predator.

He wrote to parents: ‘This disclosure which we learned this morning, left us all appalled. As staff we feel upset, angry and betrayed. We can only imagine what you as parents must feel.’

He described Vahey as an ‘extremely popular teacher’ but admitted that ‘rumours were in fact circulating amongst students and parents’. He added: ‘There are perhaps lessons here to be learnt.’

Mr Lacey said there had been an incident involving the teacher which was investigated at the time, but the parents and child did not want to pursue it.

Pupils are being offered counselling and a meeting for parents is due to be held next week.  A spokesman for Scotland Yard said last night: ‘We are liaising with the school to ensure that any potential victims who  come forward receive the necessary support.’ The American Nicaraguan School in Managua, Nicaragua where Vahey had been teaching since last year. A colleague at the school allegedly uncovered a computer drive where he had images of young boys 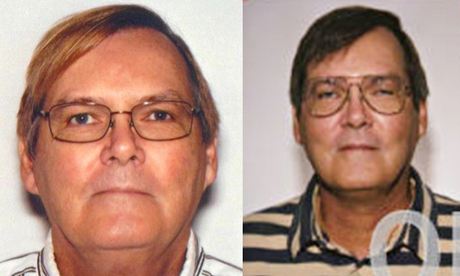 William James Vahey in 2013, left, and in 2004. The school said it had carried out checks dating back 17 years on Vahey. Photograph: AP

Senior staff at the elite Southbank International School raised the alarm about vetting processes for new teachers three years ago, shortly after the recruitment of William Vahey, a serial child abuser who it has emerged molested pupils at the school.

The Guardian has learned that in 2010, a year after Vahey was hired as a humanities teacher, a regulatory report by the Independent Schools Inspectorate warned the central London school over its hiring procedures.

The school said on Thursday that inspectors had complained that the criminal records bureau checks were not kept up to date, and wrote in their report: “Some aspects of staff recruitment have not been completed properly.”

Members of the school’s management board then complained to the incoming chairman of governors, Sir Chris Woodhead, about the “competence and ability” of a staff member with responsibility for vetting.

Woodhead confirmed that the unnamed staff member remained at the school and was responsible for aspects of vetting, including seeking references. He said he found the complaints to be unfounded.

“It is relevant that queries were raised by the inspectors about some aspects of our compliance,” said Woodhead, the former chief inspector for schools. “That doesn’t mean that Vahey wasn’t recruited in the proper manner.”

The school said it had carried out checks dating back 17 years on Vahey, who had taught in international schools in eight countries. But they did not pick up on a 1969 conviction for child molestation in California.

Vahey’s CV showed he had been registered as a teacher in the state of New Jersey in 1986, and Woodhead said it was reasonable to have assumed that would not have been the case if he had been convicted of child molestation. “The system in America broke down,” he said.

The internal wrangling over vetting emerged as distraught and exhausted parents dropped off their children at the school. Some said they felt upset and betrayed because Vahey had been a highly respected teacher. Many pupils had suffered sleepless nights worrying whether they had been victims of abuse.

Vahey, who taught at Southbank between 2009 and 2013, killed himself in Minnesota in March, aged 64, after being found at an international school in Nicaragua with 90 images dating from 2008 of boys whom the FBI believe he drugged with sedatives and molested.

They said he often committed abuse on school trips. He led excursions for Southbank students to countries including Venezuela in 2012 and Nepal in 2013. “Every teenage kid who went on those trips is asking: ‘Was it me?'” said one mother. “Chances are that some of our kids have been victimised but we don’t know anything.”

The full scale of the abuse in London is expected to be revealed later on Thursday in a letter to parents. On Wednesday Scotland Yard said child abuse specialists were helping to assess the FBI’s intelligence about “potential alleged offences against children in London”. The FBI said it was trying to identify the dozens of children pictured in the photos.

The alert was raised by the FBI in Houston on Tuesday. Patrick Fransen, an FBI special agent, said of Vahey: “He had access to children because of his position of trust. The manner in which he committed these acts – while the boys were unconscious – may have inhibited them from knowing what happened, making it impossible for them to come forward at the time of the molestation.”

1 Response to “Predator in the classroom: Paedophile teacher drugged and abused 60 pupils at British private school after 40 years spent abusing children around the globe” & related article