Three police flew to Italy last week where Pell “voluntarily participated in an interview”, a police spokeswoman said on Wednesday.

Further investigations are continuing but police said they could not comment further.

A spokeswoman for Pell confirmed to Guardian Australia that he was interviewed.

“The cardinal repeats his previous rejection of all and every allegation of sexual abuse and will continue to cooperate with Victoria police until the investigation is finalised,” she said.

“The cardinal has no further comment at this time.”

“It’s about time Australia’s most senior Catholic was interviewed by the police,” she said.

In July the chief commissioner of Victoria police, Graham Ashton, confirmed allegations against Pell had been referred to the office of public prosecutions for a recommendation as to whether police should drop the investigation, investigate further or lay charges. 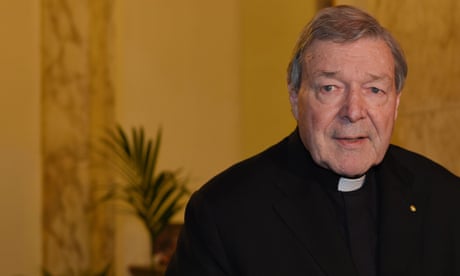 In July a Victorian man, Les Tyack, told Guardian Australia that he saw Pell “very clearly” exposing himself to three young boys at Torquay Life Saving Club in the summer of 1986 or 87.

At the same time, two former St Alipius students alleged to the ABC that Pell repeatedly touched their genitals while swimming with them at the Eureka pool in Ballarat in 1978-79. Pell was episcopal vicar for education in the Ballarat diocese at the time.

Pell has strongly denied the allegations, describing them as “without foundation” and “utterly false”.

He has previously described them as “nothing more than a scandalous smear campaign”.

He accused police of leaking to the media, and called for a Victorian government inquiry into the alleged leaks.

“If there was any credibility in any of these claims, they would have been pursued by the royal commission by now,” a statement released by Pell’s office in July said.

“The cardinal does not wish to cause any distress to any victim of abuse. However, claims that he has sexually abused anyone, in any place, at any time in his life are totally untrue and completely wrong.” 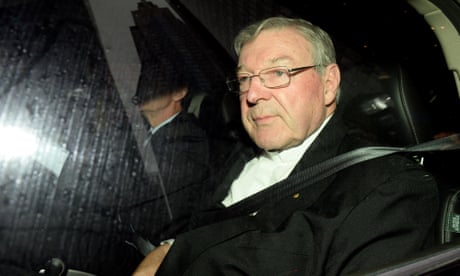 Pell gave evidence for a second time to Australia’s royal commission into institutional responses to child sexual abuse in March. He appeared via videolink from Rome, after his doctors said he was too unwell to fly to Australia to give evidence in Ballarat in person.

In July Victoria police confirmed they were considering whether to charge Pell with historical child sexual abuse offences.

At the time Ashton said allegations against Pell had been referred to the office of public prosecutions for a recommendation as to whether police should drop the investigation, investigate further or lay charges.

However, police would not confirm what the recommendation returned to them from the office was.