Simon Gardner has been a journalist with CBC since 1988. He’s won awards for reporting on a wide range of subjects ranging from foreign wars to police corruption. He can be reached at simon.gardner@cbc.ca. 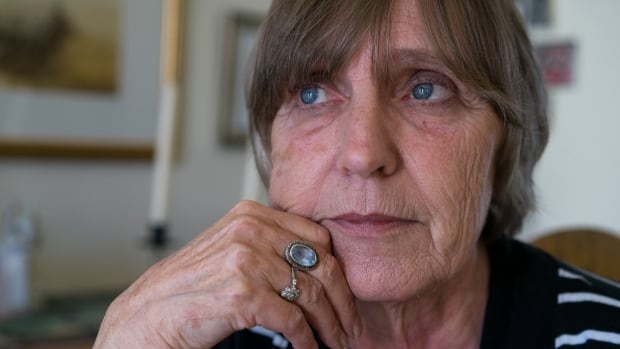 Sylvia MacEachern has dedicated years of her life to tracking and cataloguing convicted child molesters and alleged abusers connected to the church. (Simon Gardner/CBC)

Mike Fitzgerald is a 60-year-old truck driver who grew up on a farm near Bancroft, Ont.

It’s with some trepidation that I ask him if we can meet at the Notre-Dame Cathedral Basilica, a grand Catholic church located in Ottawa’s ByWard Market. He readily agrees, but when I meet him and his wife Marla on the steps of the cathedral he admits to feeling uncomfortable. 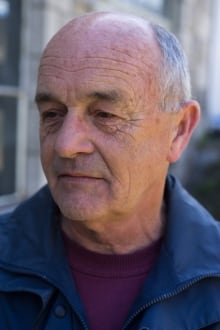 Mike Fitzgerald, 60, was in his teens when he says he was sexually assaulted by a priest in Bancroft, Ont. (Simon Gardner/CBC)

“The good father destroyed my faith in the Catholic Church forever,” he explains.

When I hear about what happened to Fitzgerald when he was a teenager in the early 1970s, his bitterness comes as no surprise.

Fitzgerald grew up in a devout Catholic family. There was even talk of him becoming a priest.

He was musical, and when he turned 17 he agreed to help the parish priest, Father Henry Maloney, form a choir.

Because his family’s farm was about 35 kilometres from Our Lady of Mercy Church in Bancroft, it was decided Fitzgerald would move into a room in the church rectory.

He says he and his family had no idea he was about to fall into the clutches of a child molester.

‘You are going to sleep with me now’

“I remember very clearly the day I came home to the rectory and Father had moved all my personal belongings into his bedroom and said, ‘You are going to sleep with me now,'” Fitzgerald recalls.

In his lawsuit against the Pembroke Diocese, he claimed Maloney repeatedly sexually assaulted him. Father Henry Maloney was a member of the clergy until he died in 1986. (Bancroft Times)

The lawsuit against the diocese was settled last year. The terms are confidential and Fitzgerald will only say it’s given him some degree of financial security.

In their original statement of defence, the Roman Catholic Archdiocese of Pembroke said it had no knowledge of any abuse by Maloney, denied anything occurred, and said that if there was abuse — the diocese was not to blame.

The archdiocese declined to comment for this story. (During negotiation between the diocese and Fitzgerald’s lawyer, it was revealed that another lawsuit claiming abuse by Maloney was filed. The allegations, which have not been proven in court, date back to the late 1940s.)

Fitzgerald’s focus is now on recovery. For years he was angry, bitter and racked with sexual insecurities.

Though unable to forgive, these days Fitzgerald seems more at peace.

He credits much of his recovery to an unlikely saviour: a grandmother of 11 who maintains a website from her home in Fitzroy Harbour, a community on the outskirts of Ottawa.

People who meet Sylvia MacEachern are typically struck by her intensity, her deep outrage at the plight of abuse victims —  and her unshakable devotion to the Catholic faith..

For years MacEachern has been a familiar face at trials and investigations into church abuse scandals. As a result, she’s amassed a huge collection of files, transcripts and other documents.

Sylvia’s Site, as she calls it, is a WordPress-based blog and database launched in 2010. 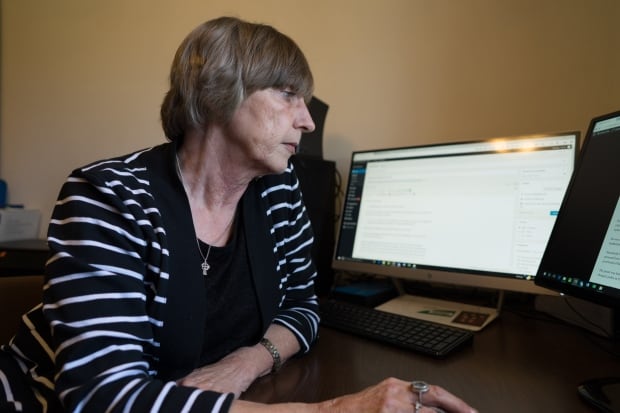 Since then, the website has showcased an ever-expanding rogues’ gallery of Catholic Church abusers or suspects. As well, the site is increasingly becoming a conduit for victims to describe their painful memories, and often, to express their anger.

Father Maloney is one of about 350 people listed in the “accused” section of MacEachern’s website. The alphabetical catalogue includes clergy members who were charged and convicted for their crimes, but also those who have successfully appealed, who reached settlements with their alleged victims, or who have simply been named in investigations.

‘The Mother Theresa of Fitzroy Harbour’

MacEachern’s mission to document alleged crimes by Catholic clergy has made her a thorn in the side of the Church.

But her status as an outspoken critic predates her website. I recall speaking with a senior Church official about 25 years ago who was incensed over a publication called The Orator.

The magazine exposed divisions within the Church and criticized the more liberal practices that were taking hold. MacEachern was its editor.

‘I don’t know where she gets her patience from. She has been a godsend to us.’ – Mike Fitzgerald

“They don’t love me,” she says with a sly grin.

Hundreds of victims who have stumbled across Sylvia’s Site and made contact with her feel differently.

“I call Sylvia the Mother Theresa of Fitzroy Harbour, Ontario,” says Fitzgerald. “She has been the shoulder that hundreds of us have leaned on. I don’t know where she gets her patience from. She has been a godsend to us.”

MacEachern now describes herself as “Orthodox Catholic,” but she was born in Northern Ireland into a staunchly Protestant family. Much to the shock of her father, she married a Catholic man and converted to the faith.

Her doubts about the Church started in the early 90s when a popular and respected Ottawa priest was charged with molesting boys at a summer camp for underprivileged kids.

MacEachern says she was shocked by the “abysmal” way the archdiocese treated the victims, and disgusted by the level of denial among parishioners even after the priest pleaded guilty.

At first she didn’t realize how important the site would become to victims.

Father Henry Maloney died in 1986, but Sylvia’s Site has now drawn together Mike Fitzgerald and one of Maloney’s relatives.

“I got a telephone call from Sylvia. She said you are not going to believe this but an extended member of your abuser’s family has contacted me and would like me to release your telephone number to her,” says Fitzgerald.

He says he’s since formed a “warm relationship” with the priest’s relative. The messages between them, he says, are full of “love, compassion, kindness, everything I have been looking for for some time.”

There are now plans for the two to meet in person, possibly as soon as the mid-May. Fitzgerald predicts it will be an emotional moment.

MacEachern says she’s never seen a relative reach out to a victim like this, but she wishes it would happen more often.

Film Spotlight ‘stirring something in a lot of them’

MacEachern says the number of victims contacting her is growing. She credits the acclaimed film Spotlight. The movie centres around a group of investigative journalists at The Boston Globe who expose how the Catholic Church covered up abuse perpetrated by a network of nearly 90 priests in the Boston area. 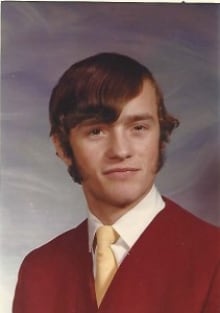 Mike Fitzgerald grew up on his family’s farm near Bancroft, Ont. (Supplied)

“It’s stirring something in a lot of victims. They are suddenly getting in touch,” MacEachern says.

MacEachern says Fitzgerald is one of hundreds of victims she’s communicated with since starting Sylvia’s Site.

“You will have a grown man or woman who one day decides to Google the name of their priest molester. Most of them can’t explain why. They hit the site and discover, ‘Gosh, he’s already been charged and convicted, gosh, he’s dead, but there has been several lawsuits.’ They suddenly realize, ‘I am not the only one.'”

She adds that many victims take their secrets to the grave, or only disclose their experiences near the end of their lives. It’s rare for her to hear from men in their 20s or 30s, she says.

About a year ago, an 82-year-old man from Toronto contacted her and covertly described being abused in his youth by a priest.

“This man got in touch with me and had very specific instruction to call him at a certain time of day when his wife would be sleeping. He did not want her to know and he’s 82 years old. He had never told a soul. He didn’t want his wife to know because she is a practicing Catholic and he was afraid it would destroy her faith.”

Some question how she keeps her own faith, but she insists it’s not her devotion to Catholicism that’s been shaken, but her confidence in those in charge.

“I tell people our Church has been hijacked by these fellows.”

MacEachern firmly believes the only way forward is to clean house. She says clergy members who abuse children must be defrocked.

“Any priest who lays a wayward hand on any child, or on an adult for that matter, he doesn’t belong in the priesthood. Get him out.”