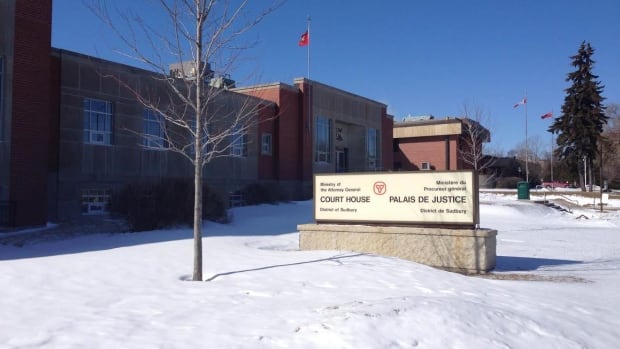 In the early 1990s, Sudbury priest John Edward Sullivan was found guilty of sexual crimes against several altar boys. Over the Easter weekend, Sullivan died at the age of 90. His death comes a week before a civil lawsuit launched by one of his victims in Sudbury was to get underway in court. Yesterday the $3 million lawsuit against Sullivan and the diocese was supposed to begin at the Sudbury courthouse. But instead, it was settled out of court. (Marina von Stackelberg/CBC)

Interview with lawyer Rob Talach below

A lawsuit alleging sexual abuse at the hands of a retired Sudbury priest has ended in a settlement.

The civil case involved a former altar boy who says he was sexually assaulted as a teenager by father John E. Sullivan nearly 50 years ago.

The lawsuit names Father Sullivan and the Diocese of Sault Ste Marie for damages amounting to $3 million.

Sullivan was criminally convicted in the early 1990s for sexual crimes against boys — 15 in total, according to the plaintiff’s lawyer, Rob Talach, from Beckett Personal Injury Lawyers based in London.

The civil case seeking financial compensation for one of his victims was supposed to get underway at the Sudbury courthouse this morning.

Instead a settlement was reached late Friday night, according to Talach.

Sullivan died over the Easter weekend at the age of 90.