“Updated: Government does not agree with release on parole of ‘priest’ guilty of sexual abuse” & related article The release of defrocked priest Godwin Scerri on parole was not taken by the Church but by the Parole Board, the Curia said in a statement this morning.

It was referring to media reports that Godwin Scerri will be released today, three years into his five year sentence after he was found guilty of sexually abusing minors under his care at St Joseph Home, Santa Venera.

“With reference to media reports, the Church Commission for the Safeguarding of Children and Vulnerable Adults would like to clarify that decisions on prisoners being granted parole are taken by the Parole Board.

“The decision taken by the Congregation for the Doctrine of the Faith in October 2011, by means of which Br Godwin Scerri was removed from the clerical state, remains unchanged.”

Another priest, Carmelo Pulis, who has also since been defrocked, had been sentenced to six years in prison for similar offences.

The two were initially charged with corrupting 11 children. Scerri had also been accused of raping one of the children but a mistake in the charge sheet about the location of the crime led to his acquittal. Both had been defrocked in 2011.

In a statement, the Home Affairs Ministry said that the parole board is an autonomous body presided by a judge and there is no consultation with the government before decisions are taken.

While respecting the board’s decision, the ministry said that it did not reflect the government’s position.

Updated: Government does not agree with decision to grant paedophile priest parole 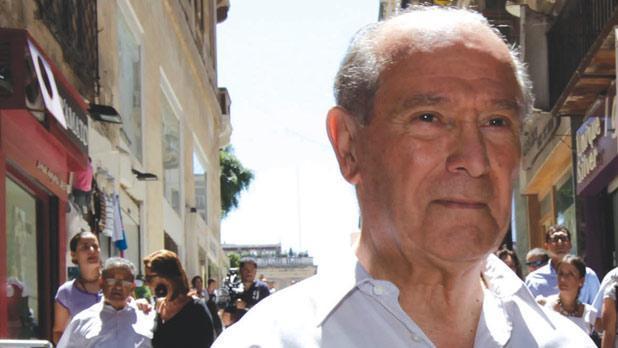 The Parole Board’s decision to grant pedophile priest Godwin Scerri parole did not reflect the government’s position, the government said in a statement today.

It added that it however respected the independence of the board.

Mr Scerri, a defrocked priest, was three years ago jailed five years after he was found guilty of sexual abuse on young boys in his care.

He will get out of jail on parole today.

Earlier today, the Church Commission for the Safeguarding of Children and Vulnerable Adults said that decisions on prisoners being granted parole were taken by the Parole Board.

The Curia said the decision taken by the Congregation for the Doctrine of the Faith in October 2011, by means of which Br Scerri was removed from the clerical state, remained unchanged.

Dismissal from clerical state is the most serious penalty leveled by the Congregation for the Doctrine of the Faith.

Mr Scerri remains a member of the Missionary Society of St Paul.

He is also wanted by the Ontario provincial police in Canada having avoided prosecution there two decades ago when he fled to Malta.

When a priest is dismissed from the clerical state, or defrocked, he is automatically relieved of his offices and obligations and barred from celebrating the sacraments.

In its statement, the government said that the Parole Board was presided by a judge and worked in an autonomous manner.