Victim alleges he was paid a settlement in 1993 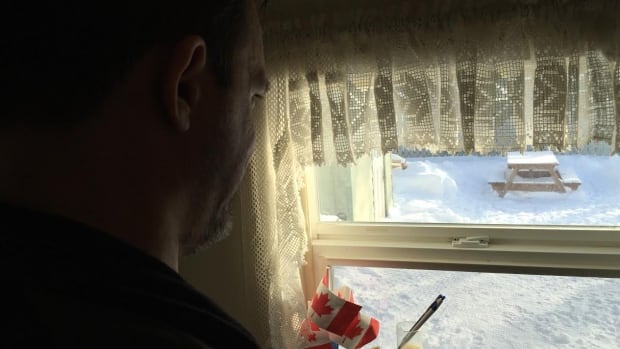 After keeping quiet for 28 years, “Joe” called Winnipeg police in November to report sexual abuse that happened in the 1980s. (Wendy Buelow(CBC))

Born and raised in Toronto, Caroline has always had a love for news. She began her career co-hosting an internet radio talk show and later worked at stations in Oshawa, Sudbury and Toronto. In 2007, she headed to Winnipeg and now calls the Prairies home. Email: caroline.barghout@cbc.ca

It is a secret he’s kept for 28 years. Now Joe is ready to talk about the sexual abuse he said he endured at the hand of a Winnipeg priest.

It was October 1988 when Joe first met Father Omer Desjardins. He was working as the night caregiver at Credo Home, a Winnipeg group home run by the Oblates of Mary Immaculate, a Roman Catholic religious community of priests and brothers commonly referred to as the Oblates. 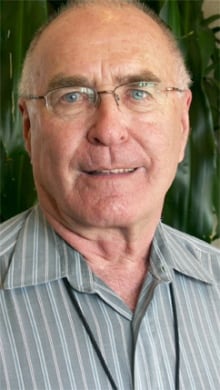 Father Omer Desjardins was convicted in Saskatchewan in 2015 for the 1978 sexual assault of a 10-year-old girl. (Courtesy Oblates of Mary Immaculate)

But within a few weeks Joe said Desjardins started coming into his room to talk.

“It was pretty normal stuff,” Joe said. “Within a couple weeks, he was coming into the bedroom every night. It started off he’d be rubbing your back. Eventually his hands would slowly start to move.”

Joe spent two years at Credo Home. During that time, he said Desjardins took him on several overnight excursions. There were ski trips in Manitoba and North Dakota, a two-week hike in B.C., and numerous outings to a cottage he said the Oblates owned on West Hawk Lake. Joe said sometimes Desjardins would invite another boy to come, but often it would just be the two of them.

“After the trip was over he just kept coming into my bedroom pretty much between three to five times a week. He’d spend half an hour in my room pretty much every night and I guess I thought, ‘Well there’s no way he’s doing this to anyone because he’s spending so much time in my room,'” Joe said.

In November, Joe came across a CBC News story about Desjardins and learned he had been convicted in 2015 for sexually assaulting a 10-year-old girl in a small community north of Saskatoon nearly 40 years ago.

Within five minutes of reading the story, Joe had worked up the courage to call Winnipeg police. 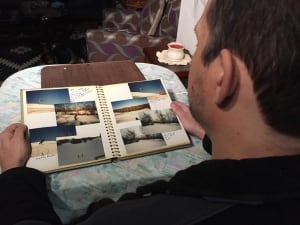 Joe kept a photo album, he said Desjardins gave him of photos the Priest took of the teen during overnight trips. (Wendy Buelow(CBC))

“It’s not something you should have to suspect, that somebody’s like grooming you, but that’s kind of what was happening,” Joe said.

“We were looking for somebody to fill a spot in our lives that we were missing and each one of us was pretty much in the exact position and none of us spoke up none of us said anything and it’s almost 30 years.”

Desjardins, 85, was charged January 3, 2017 with sexual assault, sexual exploitation and gross indecency for allegations of abuse against Joe that occurred between October 1, 1988 and July 31, 1989. His case is scheduled to appear in a Winnipeg court January 16.

“I always knew that I wanted him to answer for his crimes. I never wanted to be the first one that tried to convince the police that this is actually who he was,” said Joe.

Joe said he recently learned in the late 1980s, a boy came forward to the head priest at Credo Home alleging Desjardins had abused him. He recalled the boy was transferred out of the home and Desjardins was removed as night caretaker for what Joe said the Oblates called “alcohol issues.”

“But he was still there if not every day, every other day,” said Joe. “The abuse stopped but he still had power somehow. It wasn’t until we asked for money that we got rid of him.”

In 1992, Joe said another boy from the group home told him he had also allegedly been abused. But instead of going to police, the two decided to blackmail Desjardins. They told him they would not go to police if they got money.

“Within like half an hour he had $5,000 in our hands,” Joe said. “We got so high, because that’s kind of what we were doing.  We weren’t dealing with anything, we weren’t talking to any counsellors or anything. We were just existing.”

Joe said eventually they ran out of money and hired lawyers to sue the Oblates for more. He alleged the Oblates gave him a cheque in 1993 for $12,500 and allegedly paid the other victim $17,500.

“You know as well as I do if there was a legal settlement there would be a gag order on it,” said Father Tim Coonen, from the Oblate Provincial Office in Ottawa.

Coonen didn’t know if there was a settlement in the case and said he would not look into it.

“I don’t have the information first and if I did, it would be under all this, you know, you sign all this stuff that says we will not disclose,” Coonen said. “The alleged victim here shouldn’t be talking if he’s got a settlement here but we won’t be prosecuting him.”

Coonen said while Desjardins can no longer work with the public, he is still an Oblate priest.

“As far as I know he has not been laicized, meaning removed from the priesthood. What I do know is he is still a part of our community and as such is living under our roof and under our supervision and the only ministry would be stuff that he might do in his own house period. He’s not allowed any public ministry whatsoever,” said Coonen.

He said Desjardins is also being looked after by the Oblates.

“He’s a member of our religious order. While there would be an option of throwing him out of the order, the world is a safer place with us keeping him within our own community, within our own house,” Coonen said.

Coonen said the Oblates put together safety plans for the handful of priests across the country convicted of “stuff like this” which includes monitoring and restrictions.

“What are they allowed to do and not to do. Can they drive. Can they go out alone or not. We put together those plans tailored for each of our individuals,” said Coonen. “But the world is a much safer place when we keep a guy in our own house and monitor him.

“I’m going to let the courts try him,” said Coonen.

That’s not good enough for Joe, who’s struggled with depression, addiction and holding down a job.

“He should be stripped of absolutely everything the church has been giving him,” Joe said.

Joe doesn’t believe the church should provide Desjardins food and board or a car to drive. Especially since he said that money would come from donations from church congregations.

“My exact words after telling him I was abused by a priest here were, ‘Do you know of any lawyers in Canada that I can trust?'”

Desjardins’ lawyer said they had no comment yet as they have not received disclosure from the Crown.