“It killed part of me,” clergy abuse victim says 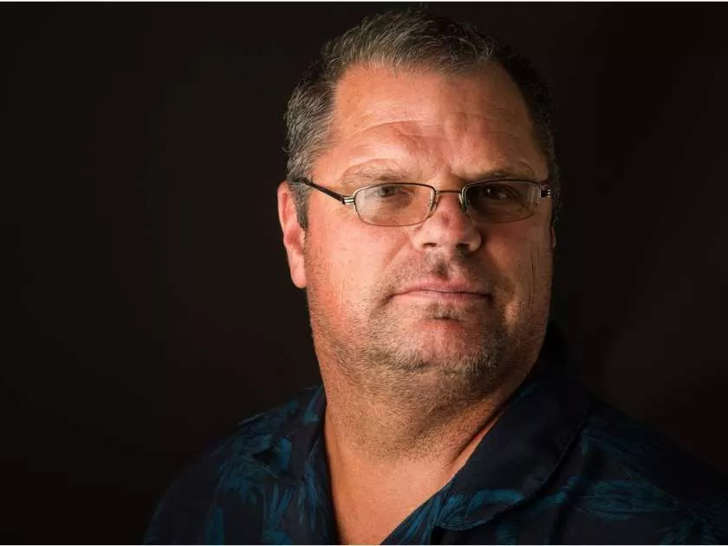 © Wayne Cuddington/Postmedia Rob Sullivan, 51, has a launched a $2-million lawsuit against the Archdiocese of Ottawa because of sexual abuse that he says he suffered at the hands of Rev. Dale Crampton.

An Ottawa man has become the latest victim to sue the Archdiocese of Ottawa for sexual abuse that he allegedly suffered at the hands of the city’s most notorious Catholic priest, Rev. Dale Crampton.

Robert Sullivan has filed a $2-million damages claim for abuse that he says began when he was just 10 years old.

“No matter how much work I do, and try to forgive, it’s still something inside me: It killed part of me,” Sullivan, 51, said in an interview with the Citizen.

He is the tenth person to come forward through the legal system in the year since the Citizen published a series about the dark history of clergy sex abuse in Ottawa.

Three have lodged criminal complaints against Rev. Barry McGrory, 82, a retired priest who is scheduled to stand trial next year on eight charges.

Five other people, including Sullivan, have filed civil suits to obtain damages for the abuse they suffered at the hands of Crampton, a convicted pedophile who killed himself in October 2010 by jumping from a highrise balcony. (A total of 15 lawsuits have now been filed against Crampton).

Another man has said he was sexually abused at a cottage in August 1979 by Bishop John Beahen, then one of the most powerful figures in Ottawa’s Catholic community. And a local family has launched a lawsuit on behalf of a deceased relative who revealed his story of clergy sexual abuse on his deathbed.

“Every story, every bit of media coverage shakes memories loose,” said Robert Talach, a personal injury lawyer who has represented many of the claimants, including Sullivan.

“Almost every one of my clients calls me and says, ‘I’ve come out because of something I’ve read, or something I’ve seen on TV.’ I think it also shakes the shame off it to a certain extent: I think there’s a feeling that if it’s in the newspaper, you can talk about it.”

In an interview, Robert Sullivan said he was at a Starbucks coffee shop last year when he picked up the Citizen and read about Crampton.

The story revealed that senior clergy members were repeatedly warned — starting in 1965 — about Crampton’s sexual misconduct, but did nothing to halt the abuse. Sullivan had a powerful physical reaction to the story.

“I went into shock: I had difficulty breathing and I was sweating,” Sullivan remembered. “I have done a lot of work to get healing in this area, but I realized there’s still so much more I need to do. And I came to a decision it was OK to file a lawsuit, whereas before I didn’t think it was the Christian thing to do.”

Sulllivan said he first met Crampton in 1972 when he was an altar boy at St. George’s Parish in Westboro. The priest became a family friend, he said, and invited the Sullivans to a cottage for both winter and summer visits. Eventually, Sullivan went alone with the priest to the Ottawa River cottage.

At the time, Sullivan said, he admired Crampton and considered him a protective religious figure.

“This might sound funny, but I loved to see him,” Sullivan said of the priest. “At that age, to me, he was the spiritual representation of God. I thought the world of him. But obviously he knew that, and in the end, he preyed on me for it.”

Crampton was then an elected trustee with the Ottawa Catholic School Board.

Allegations made in the document have yet be tested in court. A lawyer for the Archdiocese of Ottawa has filed notice that it intends to defend the claim, which also alleges that church officials ignored red flags in the Crampton case.

It contends the diocese deliberately suppressed information about Crampton to protect the reputation of the church rather than safeguard children.

The diocese has publicly apologized to Crampton’s victims, but it has never admitted that it made mistakes in how it handled the priest.

In 1986, Crampton, then pastor of St. Maurice Parish in Nepean, was charged with six counts of sexual abuse involving three altar boys. The charges followed public allegations of abuse made by congregation members frustrated by years of inaction. Four more victims emerged before the case went to court.

In court, Crampton pleaded guilty to indecently assaulting seven altar boys over the course of a decade beginning in 1973.  Court heard that a mother of one of the victims approached Bishop Beahen with allegations against Crampton, but that the auxiliary bishop treated it as a confidential matter.

Crampton was initially given a suspended sentence, but the Ontario Court of Appeal set aside that penalty and imposed an eight-month jail term.

Sullivan, a municipal worker who’s now on medical leave, said Crampton warned him that he would go to hell if he shared his secret with anyone. It wasn’t until he went through addiction counselling in his mid-30s that he told his family about the abuse, Sullivan said.

He began to drink beer and smoke pot at the age of 13, and has struggled with addiction most of his adult life. “I had a lot of rage and anger, and no trust in people,” he said. “It has made a mess of my life that I’m trying to make better.”

He last saw Crampton, Sullivan said, while working at a pharmacy in the Westgate Shopping Centre in the 1990s.

“I remember when I saw him at Westgate, I didn’t know whether to kill him or hug him. The man was sick. It’s not right what he did, but I felt for him. There was some forgiveness.”