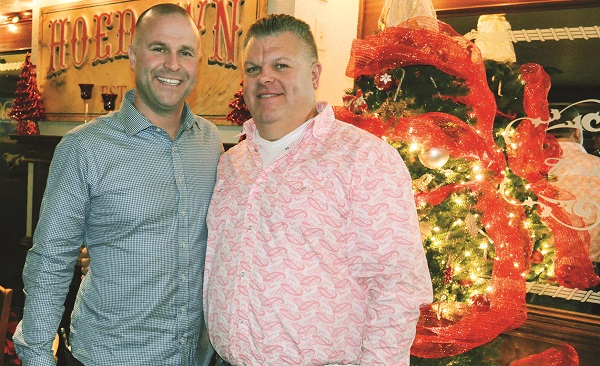 As she sat in the pews of Our Lady of Grace Catholic Church, Barb Collins says she saw something special in the man leading the service.

The Chief Operating Officer of Toronto’s Humber River Regional Hospital was struck by the way Father Joe Gorman attracted people. It’s a skill, she says, that not everybody had, and he had it in spades.

But Gorman’s time at the helm of Our Lady of Grace (OLG) was cut short earlier this year after Cardinal Thomas Collins asked Gorman to step away from the church for a time citing “financial irregularities” and “involvement in marriages not sanctioned by the Catholic Church.”

According to the Archdiocese of Toronto, the marriage in question involved Gorman presiding over a ceremony where one of the individuals had been previously married and had not received the required annulment within the Catholic Church – and in an Anglican chapel.

The “financial irregularities” involved a special collection for a local charity, the Rose of Sharon Services for Young Mothers, which did not follow the guidelines of the Archdiocese.

After a couple of months of consideration, and considerable prayer, Gorman announced his decision to leave the Priesthood.

While many parishioners expressed anger over the Archdiocese’s treatment of Gorman, for Ms. Collins, this eventually gave way to a sense of opportunity.

Ms. Collins was on hand at King Richard’s English Pub recently, along with hundreds of OLG parishioners and members of the Aurora and Newmarket communities at large, for a reunion with Gorman and to collect much needed grocery cards, gift cards, and cash for Rose of Sharon and Southlake Regional Health Centre.

Restaurant owner Tim Brochu, a 10-year parishioner at OLG, had no hesitation in turning over the entire pub to Mr. Gorman for the event.

It was a way to foster the continued links between Mr. Gorman and the community but, in Mr. Brochu’s view, these links have never been broken.

“I was an altar boy at the age of five and there was always this weird connection with the church as far as I had to go and my parents making me go,” said Mr. Brochu. “When we moved here from Quebec, we went to church and I helped out Father Tim and everyone else, but I always felt like I had to go to church because of who I was.

“When Joe came on board, it wasn’t a chore anymore. As an usher, we had to set up chairs outside for people. We had to talk about putting TVs in the lobby and stuff like that. It was so different than I have ever experienced. Joe is still very viable in Town and involved here in Aurora and Newmarket. The turnout of people is just unreal. We are at capacity, the box is beyond full, and we hope it is an annual thing.”

These were sentiments echoed throughout the bar as the evening progressed.

Like Mr. Brochu, Mr. Constable’s interest in Our Lady of Grace was also reinvigorated by Mr. Gorman.

“He has a way of cutting not only through the red tape, but the bull,” said Mr. Constable. “He never judges people, he’s caring, and my closest link to Joe is I have a niece who lives in Newmarket and she lives next to Joe’s parents. Seven or eight years ago, she was diagnosed with osteosarcoma and they wanted to take her leg off. Fortunately, she didn’t lose her leg, she got through the cancer, and Joe is still picking her up on Friday and taking her to her swimming therapy.

“Joe has no more time to do that than anybody else, but he does it. He even takes Cameron, her little brother, and that is the thing I love about Joe. I didn’t know enough about Fr. Joe the Priest because I have been in the church off and on for years. The last time I had been there, Fr. Don was there, who I liked because he was a no bullshit kind of guy. That’s what I liked about Joe. He is still spiritual, but he had love and compassion and brought people together.”

Around the Christmas season, there is no greater cause than to ensure people in the community have what many of us take for granted, said Mr. Klees, and social issues are an area Mr. Gorman has shown “tremendous leadership” over the years.

“He expresses what many people would like to express but can’t,” said Mr. Klees. “That is a love of community, a love of people, and he embodies that. I believe his influence in the community is going to continue for many, many years because he has established credibility, he has established the trust, and people are here for two reasons; Joe and the cause he represents tonight.”

Added Mary Rice: “The priest we have now is a wonderful man, don’t get me wrong, but I think Joe has a place in all of our hearts.”

3 Responses to Gorman uses power of communication at Toronto hospital