Lawsuits filed by three women alleging sexual abuse by Father Blonde dating to the 1970s when he served at Blessed Sacrament in Chatham, Ontario.

The following information is drawn from copies of the Canadian Catholic Church Directories (CCCD) which I have on hand, and media (M)

– Member of the London Diocese Board of Governors  (CCCD)

But looks as though he may have been serving at Our Lady of Sorrow in Aylmer?

“Plan for Centennial Pageant – The Catholic Women’s League of Our Lady of Sorrows Roman Catholic Church in Aylmer have taken charge of planning for a Centennial fashion pageant to be held in Aylmer March 9. Yesterday the committee met with Father James Blonde and Mrs. Paul Jefferies, chairman of the Centennial Planning Branch for Elgin County, to draft preliminsary plans. The fashion show, to be held in the gymnasium of East Elgin Secondary School, will be on the theme “Portraits from the Past”. The Ontario Department of Travel and Publicity, sponsor of the parade, will supply costumes and some decorations but local models are needed to show them. Meeting at the home of Mrs. Stu McBrien yesterday were (from left) Mrs. G. L. Wallace, Mrs. Jefferies, Mrs. Gene Dopp, Mrs. Andy Van Maele, Father Blonde, Mrs. Nicholas Cerna, president of the C. W. L., and Mrs. McBrien.” 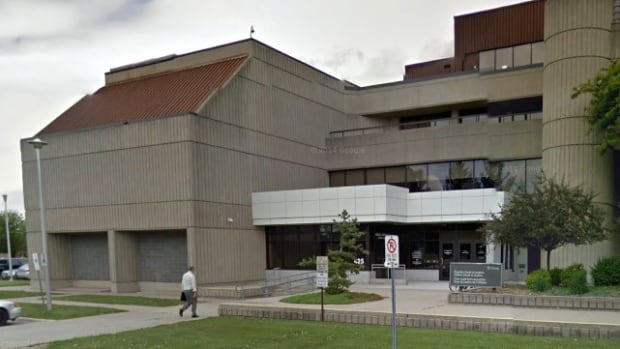 Three women from Chatham, Ont. have filed a civil lawsuit against former Roman Catholic priest James Blonde for alleged sexual assaults that occurred at Blessed Sacrament Church in the 1970s.

The women, who are now in their 60s, were all 13 years old at the time of the assaults, according to documents filed in Ontario Superior Court.

All three say they experienced inappropriate touching over their clothing, which escalated from back rubs to touching their breasts. One of the women alleges the assaults included digital penetration. 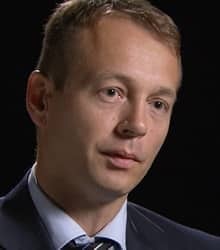 The women’s lawyer, Rob Talach, says his clients have strikingly similar stories, despite not talking with each other for many years. Their experiences show a deliberate pattern, Talach explained.

“It’s a scale of escalation we see between the three claims. This isn’t a case of two girls, who thought the priest was too touchy-feely,” he said. “We have the third woman, where we … can clearly see what the intent was.”

The women are seeking up to $3 million each with the value of each case assessed in court. Most of these types of lawsuits settle between $200,000 and $500,000,” Talach explained.

“It’s not like a lottery winning for these folks, like a lot of people believe,” he said.

Talach has represented women in many historical sex assault cases involving clergy, including that of Rev. Charles Sylvestre.

Sylvestre was convicted of 47 counts of indecent assault against 47 girls at several southwestern Ontario parishes, including Windsor, London, Sarnia and Chatham. In the same case, Talach also successfully sued the Roman Catholic Diocese of London.

A retired Chatham priest is being sued for sexual assault.

Three Chatham women, now in their 60s, have filed a civil lawsuit against James Blonde alleging sexual abuse in 1971 and 1972 while he was a priest at Blessed Sacrament Church in Chatham.

“Back rubs that go beyond back rubs, activities that you would not expect a priest to be engaged in but in the third woman’s case, it definitely crossed the line and proceeded and showed what happens if you didn’t stop it and it proceeded to some very clear sexual abuse,” claims Talach.

Talach, of London law firm Beckett Personal Injury Lawyers, says the women are seeking $3-million each for pain and suffering, impact on their education and employment, and ongoing counselling.

Talach says these cases usually take two to four years to go through the court and few make it to trial. He says most of these claims are resolved in the $200,000 to $500,000 range.

Talach says the women, Blonde and the London Diocese will all be questioned about what happened decades ago.

“Most importantly, especially to listeners in the Chatham area. If they have any information, either good or bad, that either supports this or tells a different story, we’d be very interested in hearing from them,” Talach says.

Talach says the alleged abuse went on for a long time.

“In two of the cases it was a number of months and in the one case it approached a period of a year and a half,” says Talach.

The Roman Catholic Diocese of London has no comment at the moment, but it’s aware of the claim. A former Chatham priest and the Roman Catholic Diocese of London are being sued by three women who say they were sexually abused as teens.

The women are seeking $3 million in damages from former priest James Blonde and the diocese in separate lawsuits filed May 4 in London.

None of the allegations have been proven in court.

When contacted by Postmedia News, the diocese said in a statement that it does not comment on lawsuits that have been filed.

The women, identified only by their initials in their statement of claims, said in their lawsuits that Blonde abused them in the early 1970s when he served at Blessed Sacrament parish in Chatham.

The women’s allegations have a similar pattern. In their claims, they said Blonde began hugging them when they were about 13 years old. Then he began to touch their body parts over their clothes, followed by more intimate touching and sexual activities, the statements say.

One woman said Blonde abused her for two years while the two other women say in their statements he abused them for months.

The lawsuits say Blonde used his position of authority and trust as well as a dependency relationship that he fostered with each of the women to abuse them.

The diocese didn’t act on complaints against Blonde that included difficulties he had as a seminarian, as well as problems he had with alcohol and his sexuality, the statements say.

The diocese didn’t act on concerns raised about Blonde by other clergy, parishioners, students and others, including that he took an “unusual interest” in children, as well as the time he spent alone with the complainants and other children, the claims say.

“The diocese knew or ought to have known that Blonde engaged in deviant behaviour while ministering and failed to investigate such,” the statements say.

“In failing to investigate and identify past failings of Blonde, they also failed to identify any victims who may have been in need of counselling, assistance and support because of the actions of . . . Blonde.”

Talach also represented some of the dozens of women who sued the diocese after they were abused by Rev. Charles Sylvestre, who was convicted in 2006 of 47 counts of indecent assault involving 47 girls at parishes in Windsor, London, Sarnia, Chatham and Pain Court.

“Generally speaking, most of our civil lawsuits do not have a criminal complaint or criminal conviction behind them,” Talach said.

“The first reason for this is that the effects of sexual abuse on a young person are so significant that it typically takes decades for the victim to finally be in a position to take action, like complaining to police.”

The history of sexual abuse by clergy is also a factor in these types of lawsuits, Talach said.

“Firstly, it show that priests, who were once thought to be infallible, are human too and can commit crimes,” he said. “Furthermore, the volume of priests who are offending, not just in London but worldwide, shows that there is, in fact, a problem within that particular profession.”