Yvon Arsenault, already in prison for molesting 9 boys in the 1970s, is charged with indecent assault 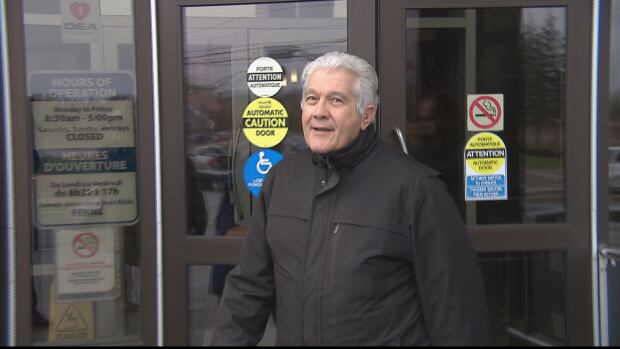 Yvon Arsenault, in a picture from February 2017, before he was incarcerated for molesting nine boys between 1971 and 1980, while serving as a Catholic priest. (CBC)

Arsenault pleaded guilty last year to the sex crimes that put him in prison.

A preliminary inquiry for a former Moncton priest facing another allegation of indecent assault is going to take place in September.

Yvon Arsenault, who is serving a four-year prison sentence for molesting nine boys while he was a priest in the 1970s in the Shediac and Collette areas, appeared in Moncton court Wednesday morning on the latest charge.

The former Catholic priest, who has been behind bars since February, was in handcuffs as he was escorted into the courtroom by a sheriff’s deputy and sat down in the prisoner’s box.

On the new charge, a full day has been set aside for the preliminary hearing, to be held on Sept. 7, starting at 9:30 a.m.

The court will hear from the 10th alleged victim, who came forward in May.

Arsenault previously told the court he intends to plead not guilty to this new charge. He has elected to be tried by a judge and jury.